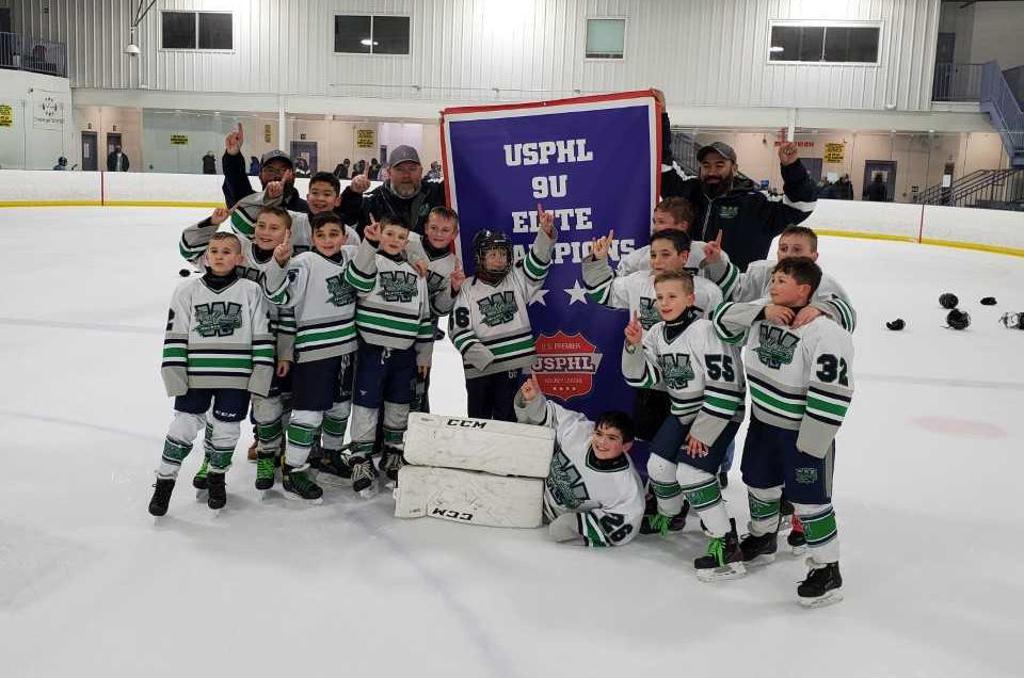 The Woodbridge Wolfpack 2011 - 9U team won the USPHL NJ Division championship this past weekend.

As quoted from the USPHL " In the 9U division, the Champions were the Woodbridge Wolfpack, coached by Dan Kennedy. This team dominated the division and the playoffs. There are many future stars on this team. The other Finalist was the NJ Hitmen. The championship game ended 10-1.  "

Congratulations to the team, coaches and parents!

Under the leadership of Mike Bronzo the Wolfpack 2006 14U team also won the NJ Division championship in the USPHL.

A USPHL representative had this to say about the game " In the 14 U division, the Woodbridge Wolfpack coached by Mike Bronzo, defeated the NJ Hitmen 3-0 in a dominating team win. The Wolfpack played smart hockey and didn't make very many mistakes at all. It is always a pleasure to watch a team play as together as the Wolfpack 14 U did on Saturday.  "

Congratulations to the 14U team, coaches and parents! 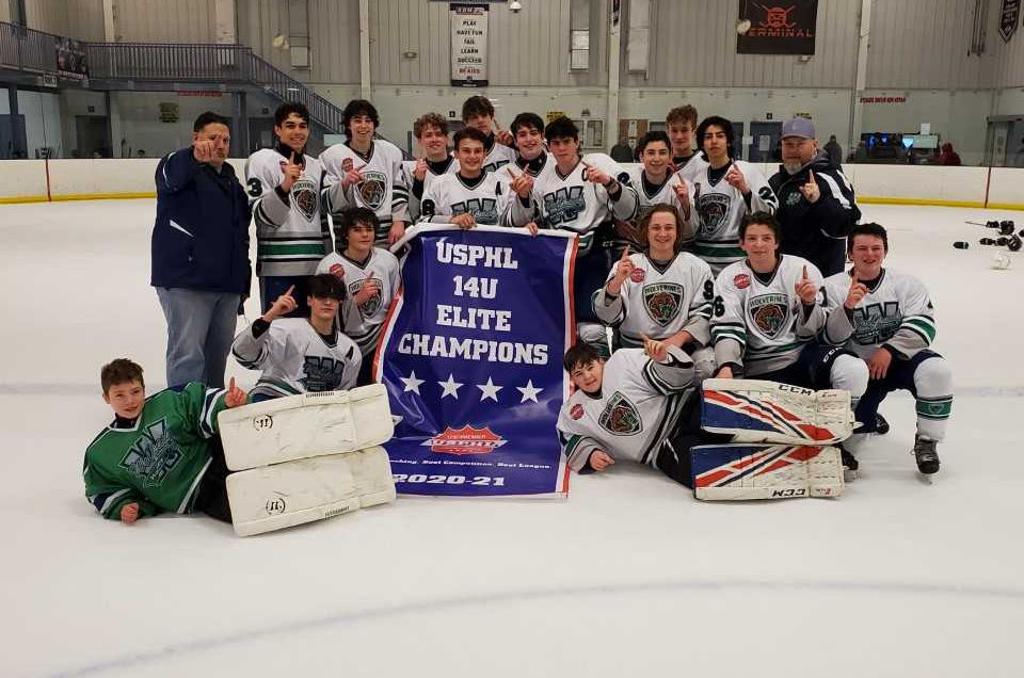 Despite having to navigate one of the most difficult youth hockey seasons ever, our teams still gave it their all and succeeded on so many levels!